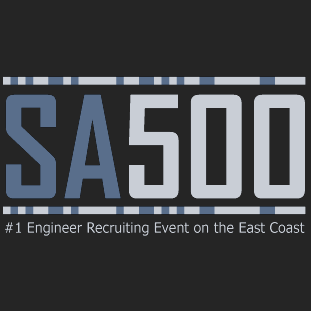 [wdgpo_plusone]
Words cannot describe the sheer level of awesome that this career fair contains. First of all, it’s on the floor of the New York Stock Exchange. Pardon my french, but shit balls! That was amazing on its own!! If I got absolutely no leads whatsoever, it would still have been an amazing event, and let me tell you why!

Hit the link for more photos and information.

NextJump’s SA500 is an annual recruiting event. SA500 stands for Silicon Alley 500, in case you’re wondering. They bring 50 amazing high potential companies and limit potentials to 500 people to ensure a high throughput of quality candidates to quality companies. In short, it is the formula for an AMAZING career fair. It was like no other career fair I’ve ever been to. Three words: GLASS BOTTLE SODA! Seriously!!! It’s nothing like what I expected. Also, an insanely large amount of free swag. As I write this, I’m wearing my Squarespace t-shirt, the company that I think I have the most potential with. There were a few other companies I really, really enjoyed meeting and I will be shopping around because anything less is just limiting yourself. I enjoyed meeting the guys that invented JWPlayer, I had no idea who they were but I’ve implemented their system on more than a few websites :). OTC Markets looks extraordinary as well, a very high profit high speed company based on over the counter security trading. Frankly, I’m probably best suited for their company as just a few months ago I did ultra low nanosecond latency switch testing for Cisco, IBM, and Juniper (OTC Markets is the kind of company that would buy these switches). I’m not sure I want to get into a company like that though, I feel like I wouldn’t be able to contribute much, except some superb uptime.

I managed to take some photos too, but I kept the camera away for most of the time. A lot of people thought I was staff or press because of the DSLR around my neck, which was kind of cool because for the first couple minutes people talked to me without trying to sell me on their company….then I revealed my super secret identity of being a potential employee and then BAM they were very surprised! Not really, I think my name tag and my nervous nature gave it away before I even said anything, but I like to think I was suave and clever.

Long story short, I had an absolute blast.